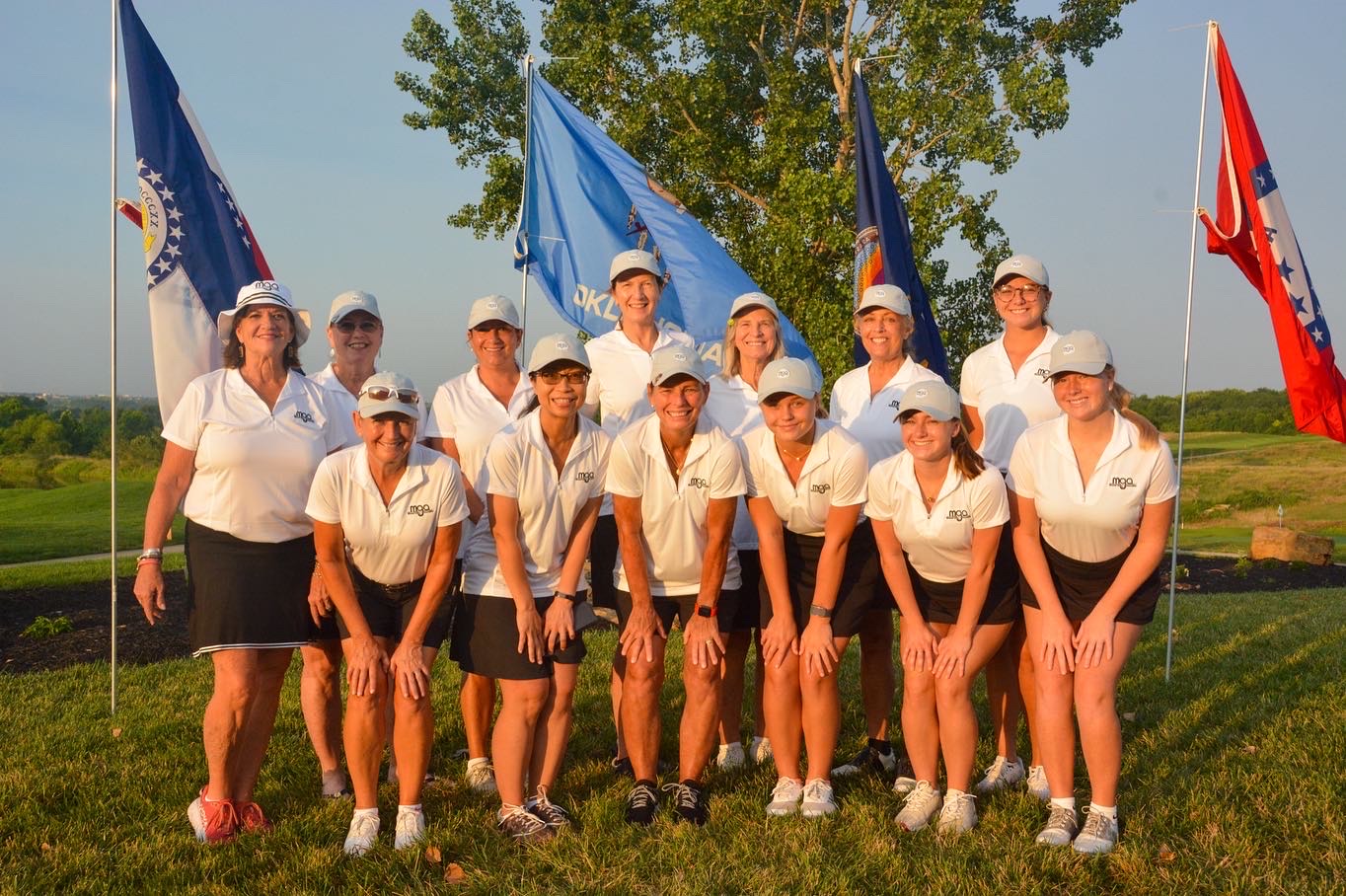 Team Missouri finished fourth, just one point behind Arkansas who placed third. Oklahoma scored 12.00 points to place second, and congratulations to the Kansas Golf Association on their first place finish.

Congratulations to all the MGA ladies who participated in the annual championship. Thank you for another great year at the Annual Women’s Fore State Team Championship.

To view full results from the championship, visit: www.golfgenius.com/pages/3701663

The first and second rounds were completed during today’s play. Round one consisted of four-ball matches. Missouri won three points for each of the matches won. The pairings who won their matches are: Siena Minor and Grace Aromando at 3 & 2, Missouri State collegiate golfer Kayla Pfitzner and Drury collegiate golfer Taryn Overstreet at 4 & 3, and Janis Clemens and Nancy Walther at 4 & 3.

Going into round two, Team Missouri was in second place and sat one point behind the leader, Kansas. Round two consisted of foursome matches. Team Missouri did not fare as well during the alternate shot round; the pairing of Grace Aromando and Siena Minor were the sole pair to win their match during the second round.

Missouri goes into the third and final round tomorrow with 4.00 points. Kansas leads with 8.00 points, Oklahoma is in second at 7.00 points and Arkansas is one above Missouri at 5.00 points.

Round three will begin tomorrow with singles. Tee times begin at 7:30 a.m., and golfers will be teeing off on holes one and ten.