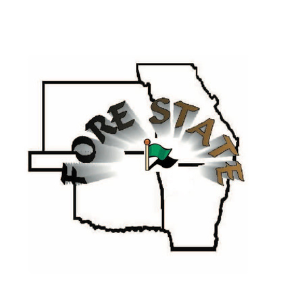 LENEXA, Kan. – The 28th annual Fore State Team Championship will be held at Canyon Farms Golf Course in Lenexa, Kansas from Aug. 1-2. Missouri, Kansas, Oklahoma and Arkansas will each send 12 female golfers to the tournament to compete for the championship title.

Stephany Powell will be Team Missouri Capitan, and the rest of the players will be broken into three different flights: Amateur (under 39), Mid-Amateur (40-59) and Master (60+).

Here are the players set to compete for Team Missouri:

Players are chosen to represent Missouri based on the Women’s Point List for the current year and prior year and how they finished in the MGA Amateur and MGA Mid-Amateur and MGA Senior Amateur.

A practice round will be held on Sunday, July 31, and a welcome party will follow at 6 p.m.

The tournament will kick off with round one on Monday, Aug. 1 at 8 a.m, where each team will play four ball matches. At 2 p.m., round two will consist of foursome matches.

The third and final round will be held on Tuesday, Aug. 2 starting at 8 a.m. In the final round, each player will compete in single matches. An awards luncheon will follow at 1:30 p.m.