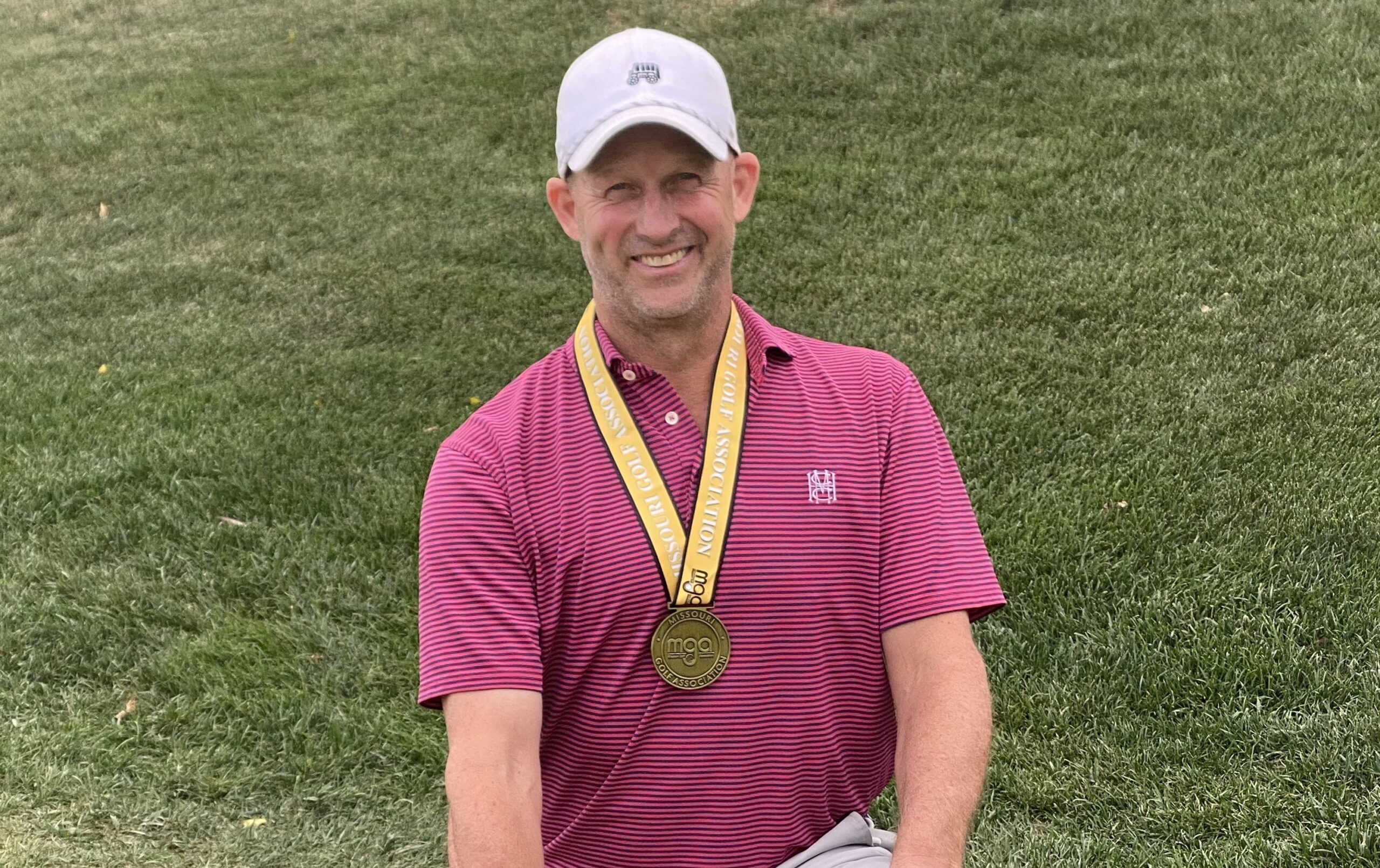 The round began with 8 a.m. tee times. Rismiller started the day tied for first place, and he saw five birdies to pull ahead of the competition and win the championship title.

The winner of the Super Senior Championship is Don Kuehn from Kansas City! The Super Senior Division was open to players 65 and older. Kuehn had an amazing first round and finished strong to earn a total score of 6 over, 146 (68, 78).

Jim Beatson (Camdenton) and Scott Edwards (St. Louis) tied for second place with scores of 10 over, 150. Both players had strong second rounds, with Beatson shooting 77 in round one and 73 in round two, and Edwards shooting 78 and 72.

Finally, the winner of the Championship 50+ Net Division is Tim Blasi from Ozark! Blasi and Marvin Frazier (Festus) ended the final round tied for first place, with both of them shooting 17 over, 157. They went to a playoff round where Blasi pulled ahead and took home the win. In third place is Arnold Bailey (Linn), who followed closely behind at 18 over, 158 (75, 83).

Congratulations to all of our champions and the runners-up!

The round began with 8 a.m. tee times.

Competition in the first round couldn’t have been closer, with three players ending the day tied for first place with a score of one over, 71: Harry Roberts (St. Joseph), Tim Holmes (Springfield), and David Rismiller (Kansas City). Following close behind and tied for fourth are Jimmy Vernon (Poplar Bluff) and Joseph Malench (Edwardsville) who both shot two over, 72.

Don Kuehn (Kansas City) is leading the Super Senior Amateur Championship Division at two under, 68. He saw great success in his first round, shooting five birdies in the first nine. Dave Hornaday (Kansas City) is in second with a score of three over, 73, and Parker Morgan (Springfield) is in third at four over, 74.

In the 50+ Net Division, Arnold Bailey (Linn) is leading the pack at five over, 75. Scott Kemna (Jefferson City) and Marvin Frazier (Festus) are tied for second place with a score of nine over, 79.

Play will resume tomorrow, Sept. 21 with tee times starting at 8 a.m. After all players have finished 18 holes, the winners will be named and awards will be given.

For more information on the Senior Amateur Championship, please contact the MGA office at mogolf@mogolf.org or (573) 636-8994.