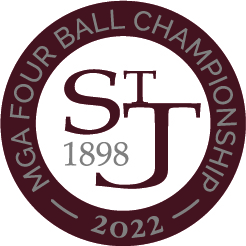 ST. JOSEPH, Mo. – The 34th annual Four Ball Championship will be held at St. Joseph Country Club in St. Joseph from Aug. 13-14, 2022. The field will consist of 144 male amateur golfers from across the state grouped in pairs.

This will be a 36 hole competition with two rounds of 18 holes best ball.

Pro Shop Certificates will be awarded following the tournament. This is a point event that will contribute to Hieronymus Cup and Bushnell Player of the Year point standings.