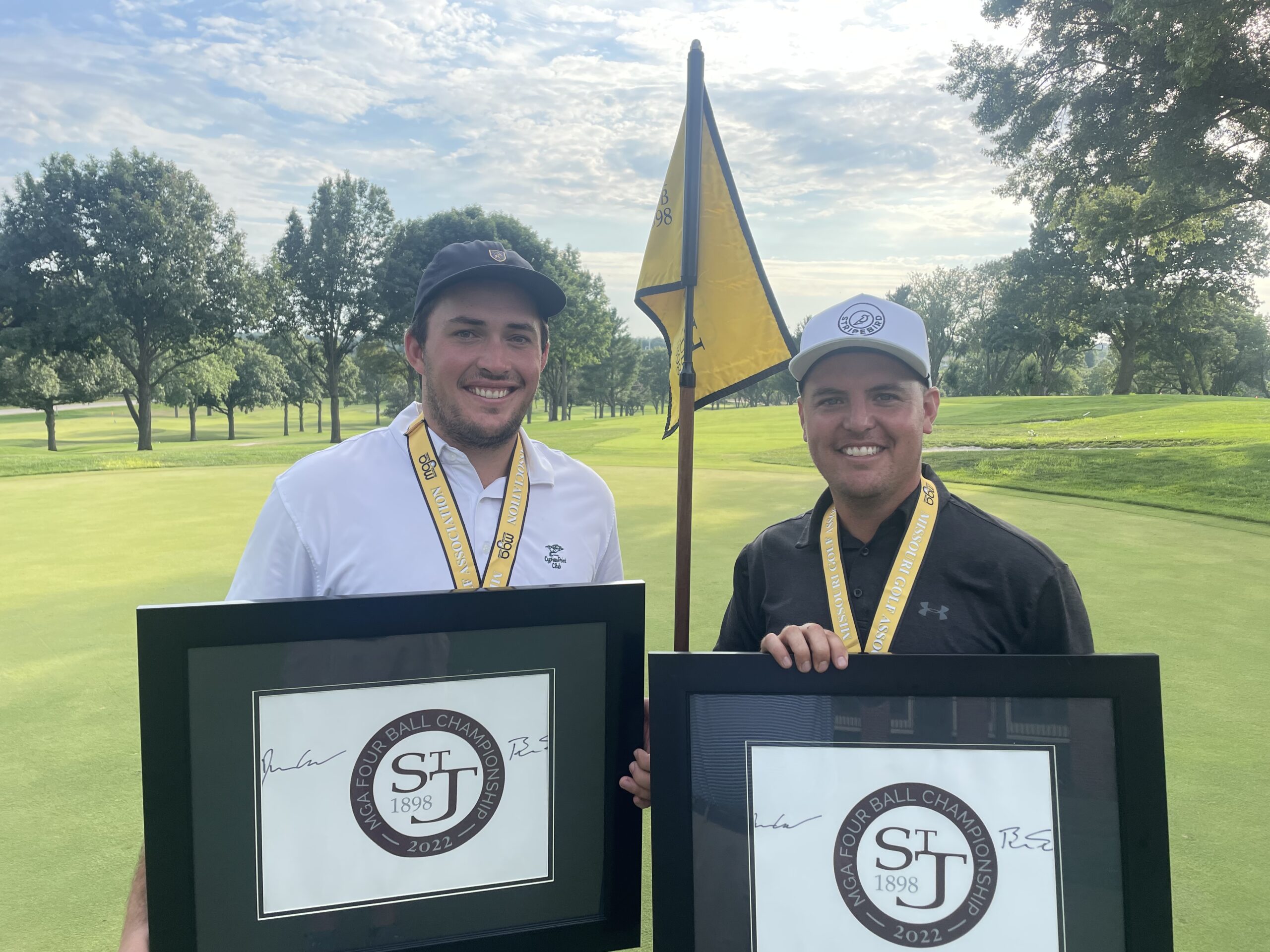 ST JOSEPH, Mo. – The team of Ben Sumada and Dylan Cramer had a great round today at the 34th annual Four Ball Championship to come back from fifth place and win the title in the Championship Division. The duo saw six birdies and two eagles to finish the day at nine under, 62, and a total score of 16 under, 126.

The Four Ball Championship, held at St. Joseph Country Club, had its second round of 18 holes of best ball today beginning with 8 a.m. tee times.

The Championship Division saw very close competition, with six teams within three strokes of each other at the top of the leaderboard. After finishing round one tied for first place, the team of Ryan Sullivan and Curtis Brokenbrow shot six under, 65, for a gross score of 127, putting them in second place.

The Net Division was equally competitive, and a playoff round was needed to determine the winner between two teams tied for first place at 19 under, 123: Jeff Vineyard and Bill Griffey (60, 63) and Bob and Brian Cole (59, 64). The Coles won the second playoff hole with a net birdie, with the Vineyard & Griffey team taking second. 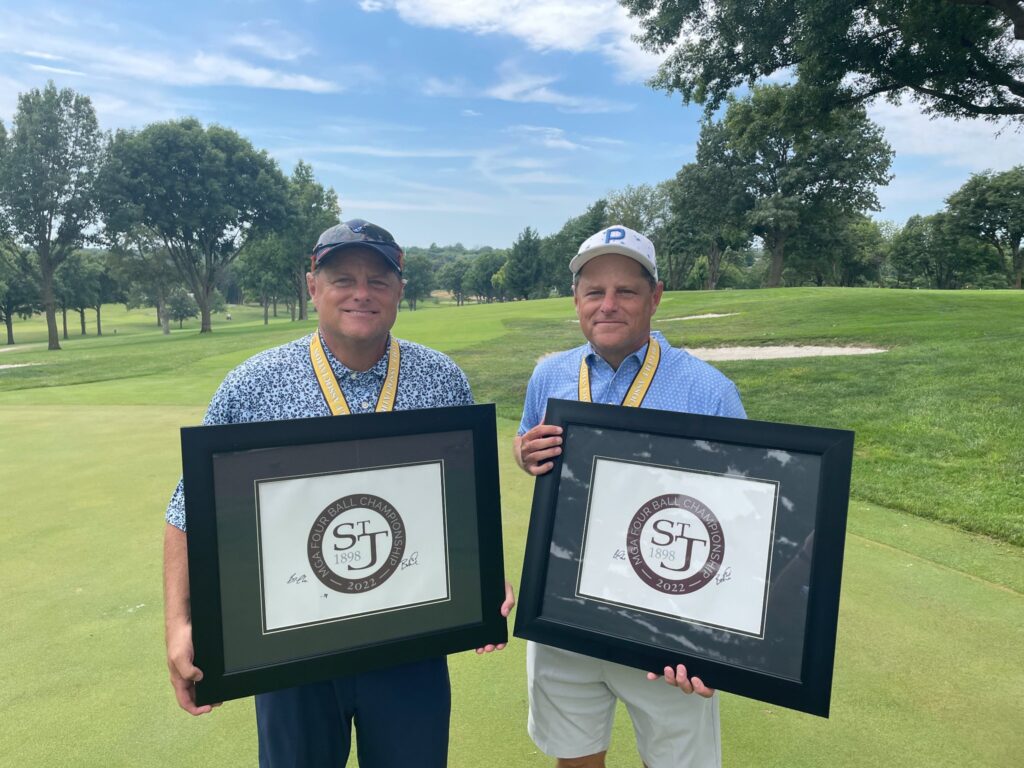 The team of Sam Verslues and Danny Vaughan came in third place with a gross score of sixteen under, 126 (61, 65).

Congratulations to all flight winners and to each participant for a successful tournament!

For more information about the Four Ball Championship, or any other MGA event, visit www.mogolf.org or call the MGA office at (573) 636-8994.

ST JOSEPH, Mo. –  Two teams are tied for first in the Championship Division after the first day of the 34th annual Four Ball Championship at St. Joseph Country Club in St. Joseph.

The teams of Alex Locke & Keenan Fleming and Ryan Sullivan & Curtis Brokenbrow are tied for first at nine under, 62, after the first 18 holes of best ball. Locke and Fleming saw nine birdies throughout the round, and Sullivan & Brokenbrow shot nine birdies and an eagle on the final hole. Elliot Soyez & Jeff Bell and Gregory Diederich IV & Sam Parrott are tied for third at eight under, 63.

Play today started with 8 a.m. tee times, where 72 teams fought for the championship title. Competition was fierce, with 32 teams shooting under par.

In the net division, the team of Bob Cole and Brian Cole are leading the field at 12 under, 59. Jeff Vineyard and Bill Griffey are following close at 11 under, 60, and Sam Verslues and Danny Vaughan are in third at 10 under, 61.

The final rounds of best ball will take place tomorrow to determine the flight winners. Tee times will begin at 8 a.m.

To view full results from the first two days of play or view pairings for tomorrow, visit: www.golfgenius.com/pages/3370979

For more information about the Four Ball Championship, or any other MGA event, visit www.mogolf.org or contact the MGA office at (573) 636-8994.