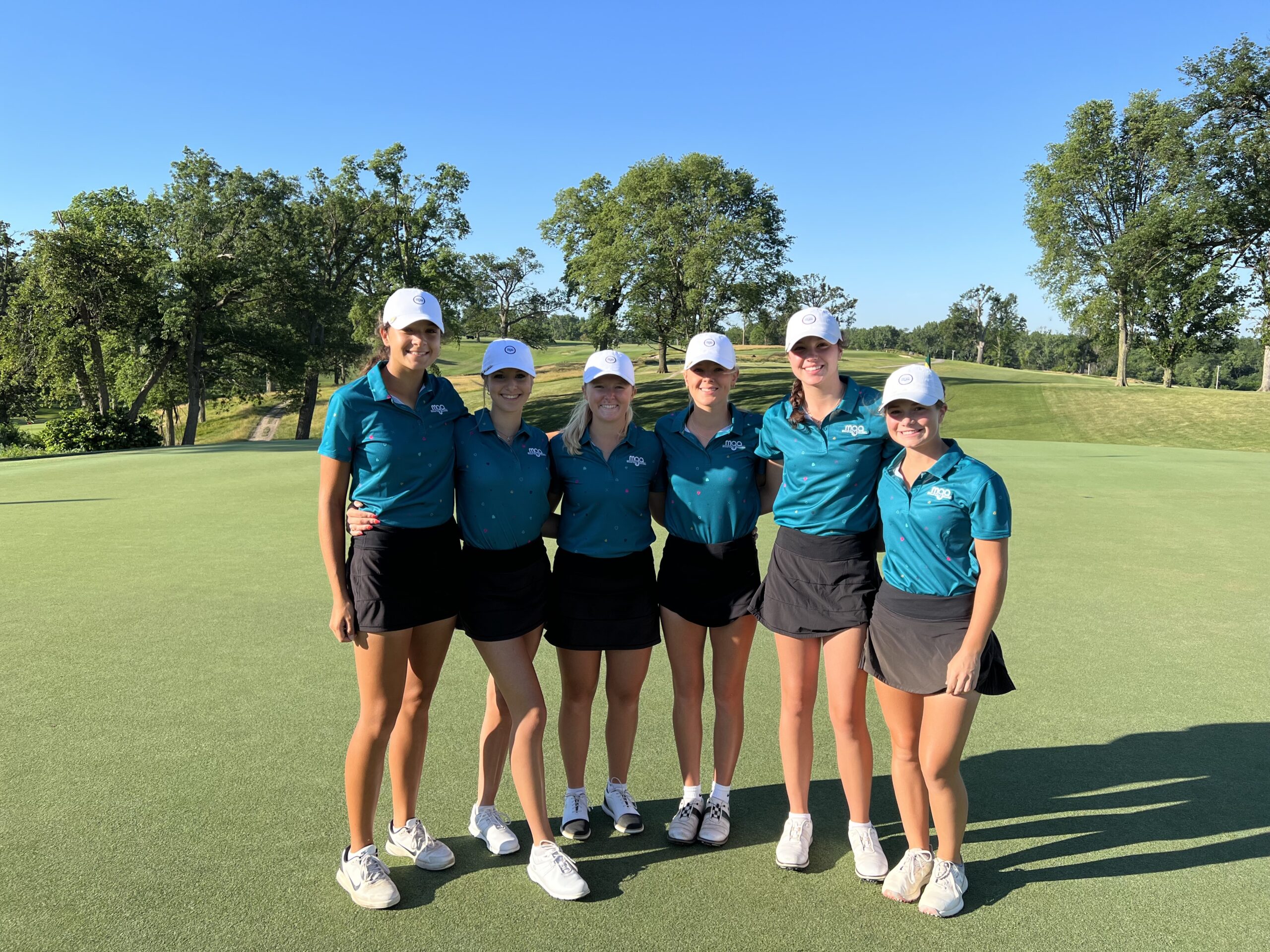 On Day 1 of the competition, the girls were paired off to compete in a round of four ball. The team of Cameron and Louderbaugh defeated Averi Mickelson and Beth Grant (Kansas) 2 & 1. Rischer and Baumstark also won their match, defeating Eden Lohrbach and Katelyn Vaassen (Iowa) 7 & 6. Team Missouri fell to Nebraska, though, with Rhodes and Overstreet narrowly losing to Julia Karmazin and Karsen Morrison at 2 & 1. This round gave team Missouri 2 points, leaving them in second behind Nebraska at 3.

In the afternoon of Day 1, foursome matches took place. Louderbaugh and Rhodes defeated Iowa team Molly Fereday and Erika Holmberg at 4 & 3, and Overstreet & Baumstark beat the Kansas team of Libby Green and Lois Deeter 1 up. The final Missouri team of Rischer and Cameron tied with Nebraska golfers Kaitlyn Hanna and Katie Ruge. Missouri received 2.5 points this round, giving them a total of 4.5, which still kept them in second behind Nebraska at 5.5.

Day 2 consisted of single match play, where Missouri won four out of 6 matches. Baumstark defeated Emily Krzyzanowski (Nebraska) at 3 & 2, Cameron won against Addison Berg (Iowa) at 2 & 1, Rischer beat Jaylee Castro (Kansas) at 3 & 1, and Rhodes defeated Maya McVey (Kansas) with a score of 4 & 3. Missouri’s two losses were close, with Louderbaugh narrowly falling to Karmazin (Nebraska) at 1 up, and Overstreet losing to Amber Henson (Iowa) at 2 & 1. This round gave Missouri 4 points, leaving them with a final score of 8.50. Nebraska finished on top at 9.5.

Congratulations to Team Nebraska, and to all of the competitors in this tournament! The Girls Four State is always a great exhibition of the region’s strongest junior talent.

For more information about the Junior Girls Four State Championship or future MGA events, contact the MGA office at 573-636-8994 or mogolf@mogolf.org

ABOUT MGA: The Missouri Golf Assfociation is a non-profit organization whose purpose is to promote the best interests and true spirit of the game of golf throughout the State of Missouri. The Missouri Golf Association was started in St. Louis in 1905 to run the Amateur Championship. Four founding clubs would be the ones in existence in St. Louis in those early years – St. Louis Country Club, Algonquin Golf Club, Glen Echo Golf Club and Normandie Golf Club. Four years later, the invite-only Missouri Amateur was held in Kansas City at Evanston Club. 1911 marked the real organization of the MGA with Bonner Miller as Secretary and Executive Director. Ever since then, the MGA has striven to provide tournaments and spaces for Missouri golfers to sharpen their skills and enjoy the game.