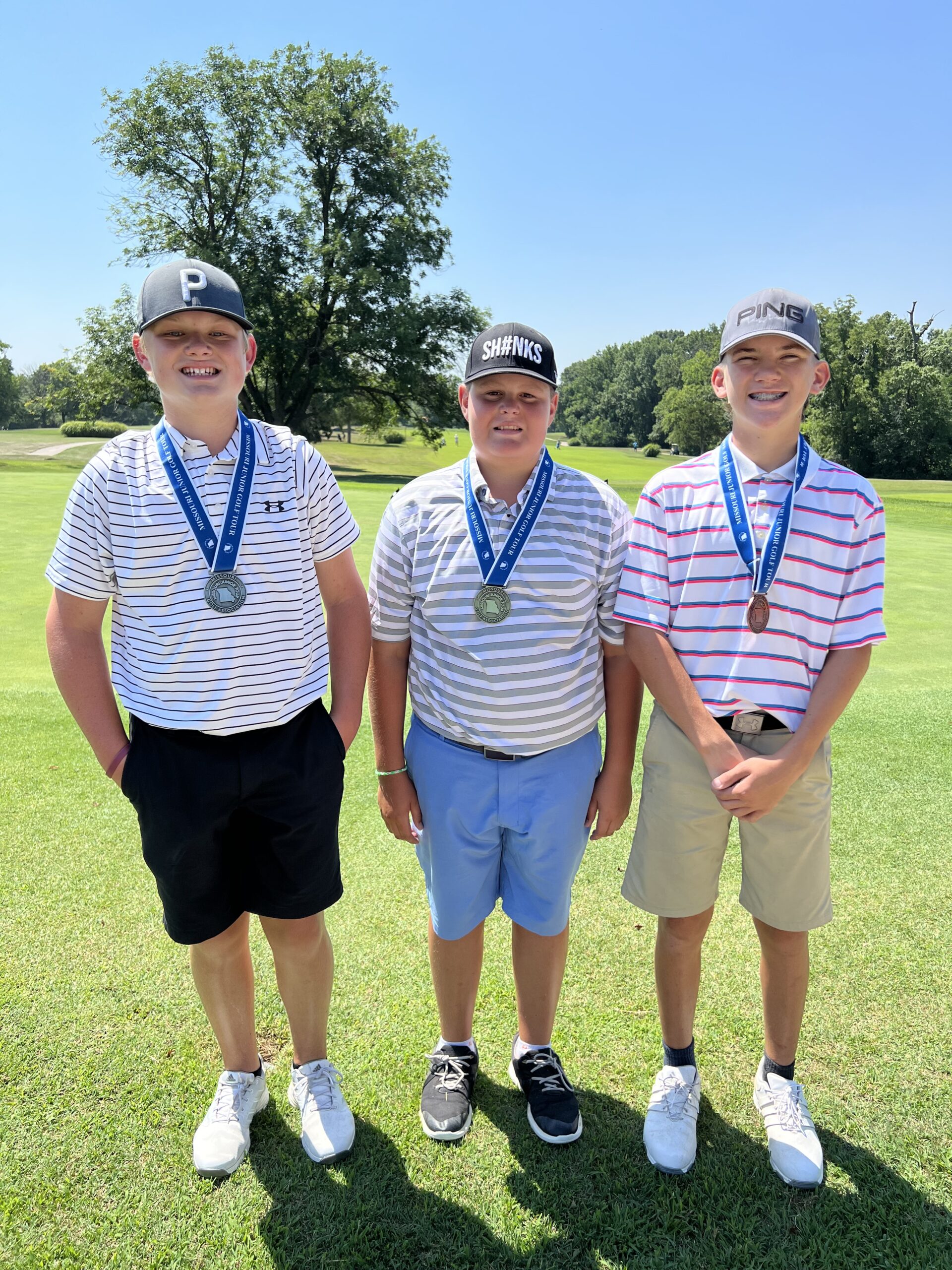 COLUMBIA, Mo. – The earlier canceled Lake of the Woods Missouri Junior Tour event was held today at Lake of the Woods Golf Course in Columbia. Divided by age into flights, 85 junior golfers took to the course for a round of stroke play.

Hanna Maschhoff (Lake Ozark) and Kate Ryan (Columbia) tied for first in the 16-18 Female flight after shooting 3 over, 74. A chip off was held and Ryan took home first, with Maschhoff coming in second. Camryn Swinfard (Jefferson City) came in third place at 11 over, 82.

Anson Munzlinger (Columbia) won the 14-15 Male flight with a score of 4 over, 75. Ayden Howard (California) and Grayson Moore (Jefferson City) tied for second at 9 over, 80. After the chip-off, Howard was awarded second place and Moore took home third.

Mia McGraw (Jefferson City) and Autumn Allen (Eldon) tied for first in the 14-15 Female flight at 24 over, 95. After the chip off, Allen took first and McGraw came in second. And shooting 27 over, 98, Madison Wolf (Saint Peters) takes home third place.

Ty Brandt (Jefferson City) won the 12-13 Male 9 hole flight at even par, 36. Michael Atnip (Jefferson City) came in second after shooting 4 over, 40, and Jackson Bennett (Eldon) finished in third at 5 over, 41.

Graham Henley (Eldon) came out on top of the 10-11 Male flight after shooting 4 over, 40. Bubba McGraw (Jefferson City) came in second at 9 over, 45. Blaine Munzlinger (Columbia) and Jagger Glaze (Eldon) tied for third at 10 over, 46. After the chip off, Glaze was awarded third place.

Hudson Marcolla (Chillicothe) was the winner of the 8-9 Male division with a score of 6 over, 41. Calvin Sears (Columbia) and Tyson Strupp (Columbia) tied for second place at 8 over, 43. A chip off was help and Strupp took home second place, leaving Sears in third.

The final Missouri Junior Tour event will be held at Redfield Golf Course in Eugene on July 27. For more information on upcoming junior events or other MGA tournaments, visit www.mogolf.org