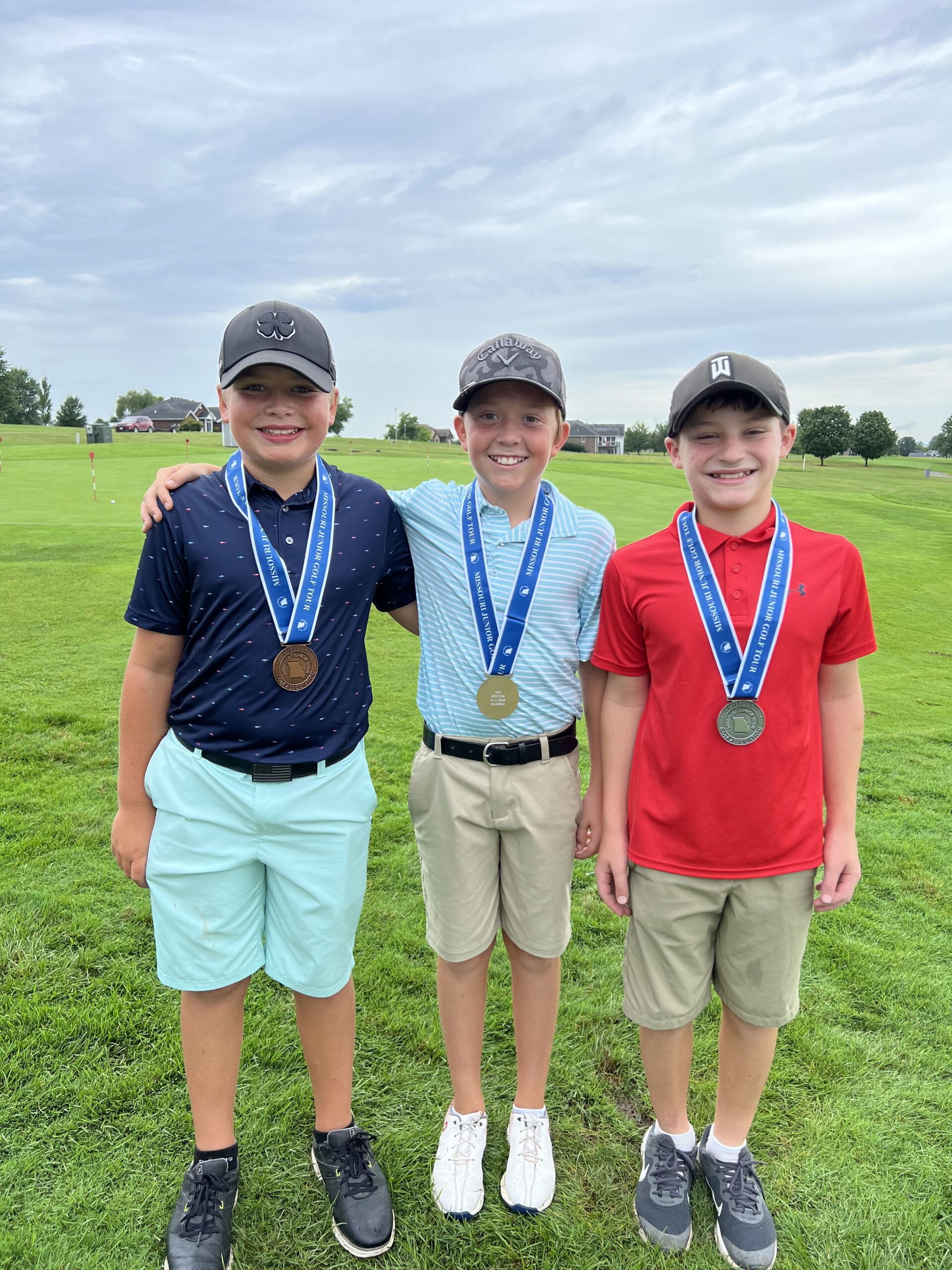 EUGENE, Mo. – The final regular event of the Missouri Junior Tour season was held at Redfield Golf Course in Eugene today. Divided by age into flights, 97 junior golfers took to the course for a round of stroke play.

Teagen Hull (Eldon) and Dylan Bryan (Jefferson City) tied for first in the 16-18 Male flight with a score of 2 under, 70. Hull won the chip off, with Bryan taking second. Trigg Lindahl (Hermann) finished in third place at even par, 72.

Camryn Swinfard (Jefferson City) was the champion of the 16-18 Female flight after shooting 9 over, 81. Sophie Hinds (Jefferson City) and Allyson Hollrah (Hermann) tied for second at 11 over, 83. A chip off was held and Hollrah took home second, with Hinds coming in third.

Competition was stiff in the 14-15 Male flight! Three players tied for first place at 4 over, 76: Grayson Moore (Jefferson City), Chayton Jordan (Rolla) and Talon Hull (Eldon). A chip off determined the finishing places. Jordan came out on top, Hull finished in second, and Moore came in third.

Eli Cummings (Eldon) and Cooper Toalson (Eldon) tied for first in the 12-13 Male 18 hole flight at 5 over, 77. The chip off placed Toalson in first and Cummings in second. Lake Bennett (Linn) came in third with a score of 12 over, 84.

Jack Sinnett (Jefferson City) came out on top of the 10-11 Male flight after shooting 4 over, 40. Three players tied for second at 6 over, 42: Bubba McGraw (Jefferson City), Graham Henley (Eldon) and Luke McGrath (Camdenton). A chip off was held to break the tie, with McGraw coming in second and Henley taking home third.