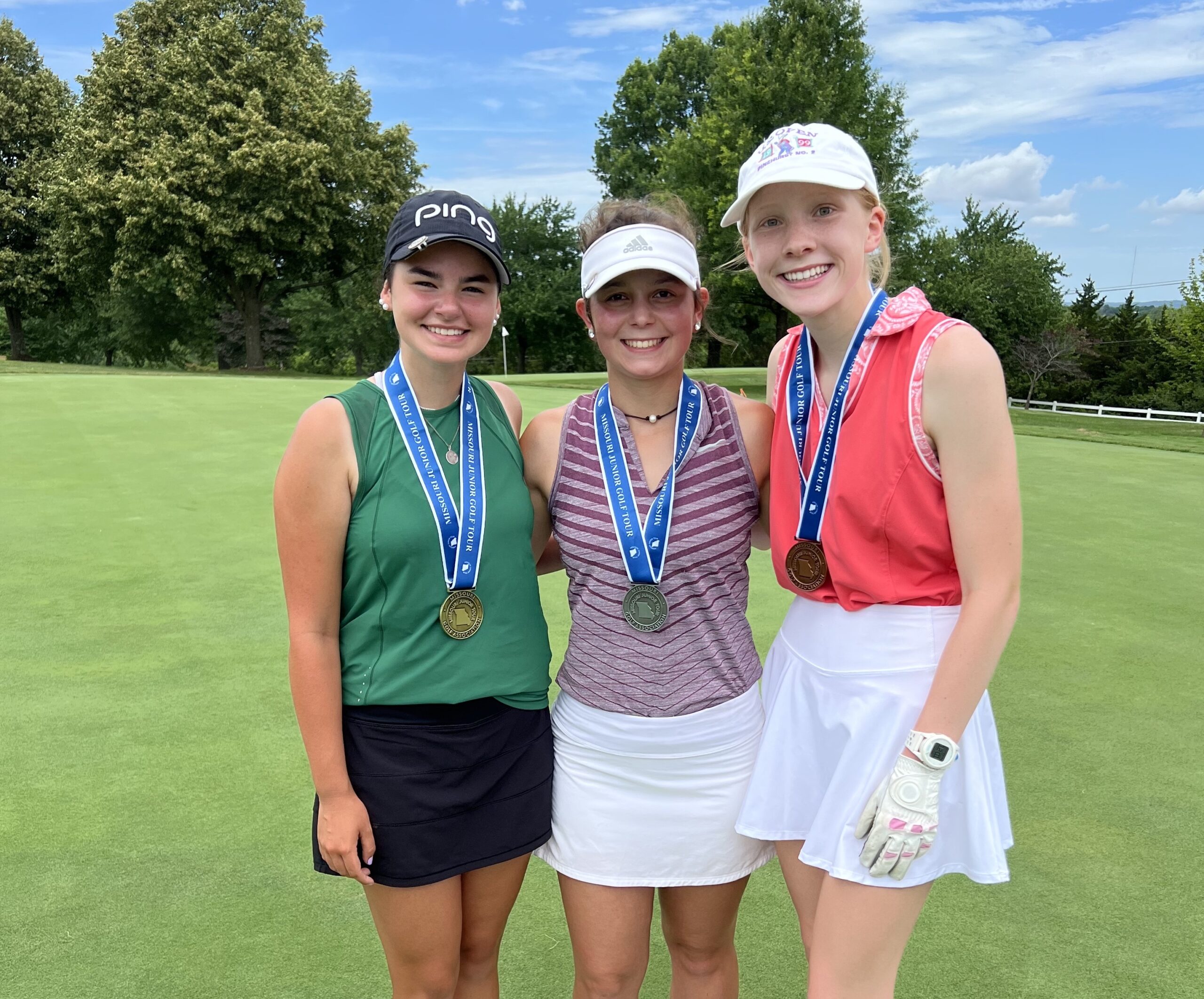 JEFFERSON CITY, Mo. – The Missouri Junior Tour continued today with an event held at Oak Hills Golf Center in Jefferson City. Divided by age into flights, 81 junior golfers took to the course for a round of stroke play.

Dylan Bryan (Jefferson City) shot 5 over par, 75, to win the 16-18 Male flight. Teagen Hull (Eldon) shot 9 over par, 79, for second place. There was a tie for third between Jett Maasen (Linn) and Noah Coleman (Jefferson City); both shot 11 over par, 81. Coleman won the chip-off and took home third place.

Camryn Swinfard (Jefferson City) was the winner of the 16-18 Female flight after shooting 17 over, 87. Kennedy Dickerson (Centralia) and Grace Ousley (Columbia) tied for second at 24 over, 94. Dickerson won the chip-off and took second place, with Ousley coming in third.

Luke McGrath (Camdenton) came out on top of the 10-11 Male flight after shooting 3 over, 39. Graham Henley (Eldon) came in second at 6 over, 42. Bubba McGraw (Jefferson City) and Jack Sinnett (Jefferson City) tied for third at 10 over, 46. McGraw won the chip-off, taking third place in the flight.

There was a tie for first in the 8-9 Male flight with Hunter Brown (Washington) and Calvin Sears (Columbia) both shooting 13 over, 47. After a chip-off, Brown was declared the winner and Sears came in second place. There was also a tie for third, with both Finn Hutchison (Mokane) and Mark McGrath (Camdenton) finishing at 17 over, 51. McGrath won the chip-off and came in third.

The next Missouri Junior Tour event will be held at Meadow Lake Acres Country Club in New Bloomfield on June 27. For more information on upcoming qualifiers or other MGA tournaments, visit www.mogolf.org