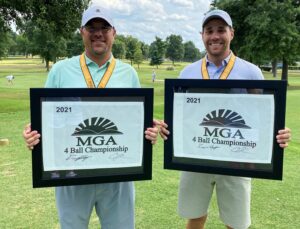 The team of Ryan Eckelkamp, Washington and Chris Kovach, St Louis played a great round this weekend at Twin Hills CC in Joplin and won the Four Ball Championship.  63/64 17 under par. This is the first Four Ball win for Eckelkamp but the second win for Kovach.

Vaughn and Verslues had the best score in the final round of 68 with an eagle but a two shot penalty on 8.  All three teams ended in a tie at 134 -10. They started the playoff  on hole 18, they all par’d the hole and went on to the 1st hole where Dr. Butler made his first birdie of the tournament with a chip off the green to win the tournament. 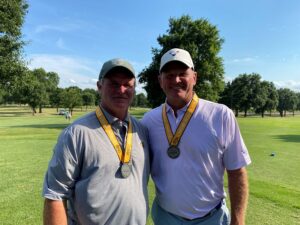 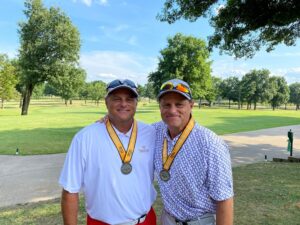 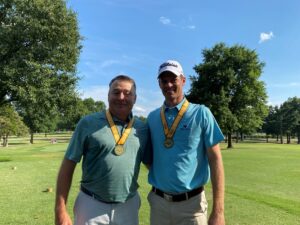 Thank you all for making the trip to Joplin for a great event on a wonderful course.