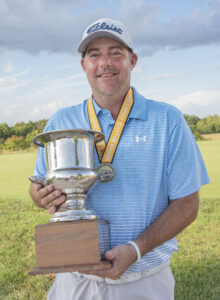 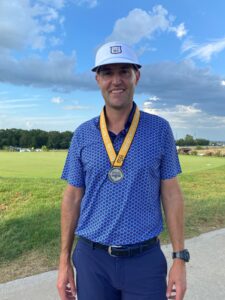 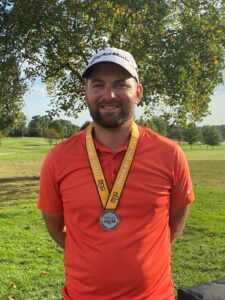 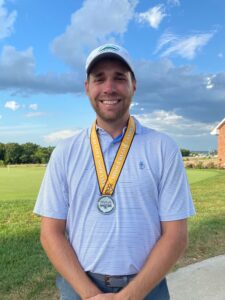 JCCC Memorial Senior Division was won by Ed Brown, Independence (pictured below) with a a very consistent 36 hole round 72/72. Runner-Up Scott Brown Fredricktown finished at +2 75/71 and Brian Lovett, Ballwin finished 3rd at 73/74 +3. 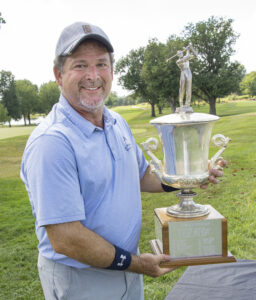 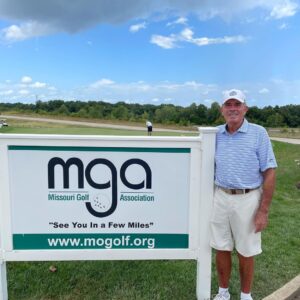 From the black tees, the course will play 6985 yards for a par-72 for the Championship division. The JCCC Memorial Senior division will play from 6513 yards and the Super Senior 5940.

There are many past champions of the Mid-Amateur playing in the field over the weekend. 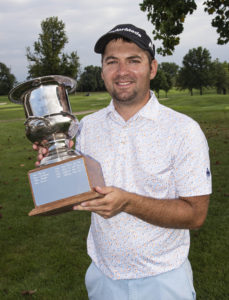 Following the first round of the Mid-Amateur, the Missouri Golf Association will be inducting three gentlemen into the Hall of Fame. Those inductees include Scott Thomas, the 1995 Mid Amateur Champion.

Jack Garvin, 76, is a Jefferson City native but has lived in the Kansas City area since 1970. He played in 23 Missou­ri Amateurs and has officiated at MGA events for 25 years. Jack has written twelve books on Missouri amateur athletic histories, including the Missouri men’s and women’s Amateurs.

Dennis Goettel, 66, is a Joplin native but has lived in Columbia for the past forty years. He was runner-up in 1976 before winning the Missouri Amateur in 1977. He qualified for two U.S. Amateurs and one U.S. Open. Dennis was the Gateway PGA Section Teacher of the Year in 2006. He is already in the Joplin and Columbia Golf Halls of Fame.