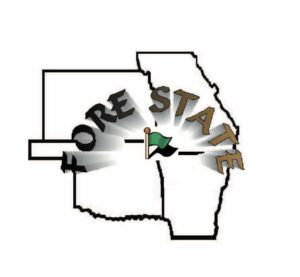 OZARK — The Missouri ladies will look to rebound on Tuesday after finishing fourth on the first day of competition at the Fore State Championship at Millwood Golf and Racquet Club Monday.

Missouri currently sits at 4.0 points after two rounds of competition, trailing the leader Oklahoma by 5.0 points.

On day 1, Missouri one a match in each of the three divisions during the four ball round to give the team three points. The team did not fare as well in the alternate shot round, only winning one of its matches.

Visit the Missouri Golf Association online at MoGolf.org and follow the organization on social media @MissouriGolf.

OZARK — The second and final day of the Fore State Championships was held Tuesday at Millwood Golf and Racquet Club.

Oklahoma’s team came out victorious in the interstate tournament, besting teams from Kansas, Arkansas and Missouri.
Missouri finished fourth with eight points, three and a half behind the next team. Its largest point contribution came from the Mid-Amateur singles matches.
Mindy Coyle and Jess Meek both won while Christie Blasie tied for a round total of 2.5 points.
For a full breakdown of team scores and round results, visit the link:
https://www.golfgenius.com/pages/2831482
For more information, visit MoGolf.org and follow the Missouri Golf Association on social media @MissouriGolf.
Karen Raithel2021-08-03T21:32:48-05:00