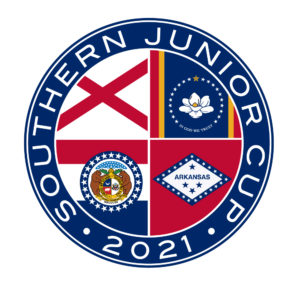 Arkansas will be the host State for the 2021 Southern States Junior Cup Matches in August!

The players representing Missouri will compete against Mississippi, Arkansas and Alabama in the Junior Cup Team Matches. The matches rotate each year between the 4 states. 2021 Arkansas, 2022 Mississippi, 2023 Missouri and 2024  Alabama

The teams will be comprised of 6 male and 6 female players from each state that meet the criteria established by each state association. The format of the tournament will be a four ball match played the first round, and the afternoon round will be an alternate shot match play and the third round will be singles match play. In four ball matches and alternate shot matches, the teams will consist of one (1) male and one (1) female on each team. The individual matches will be played male against male and female against female.

The selection of team will be based on the point standings with the top four females and males being selected for inclusion on the Missouri Team. The remaining four spots will be Captains picks (2 female and 2 male). The Championship Event will be open to female and male age 14-18.