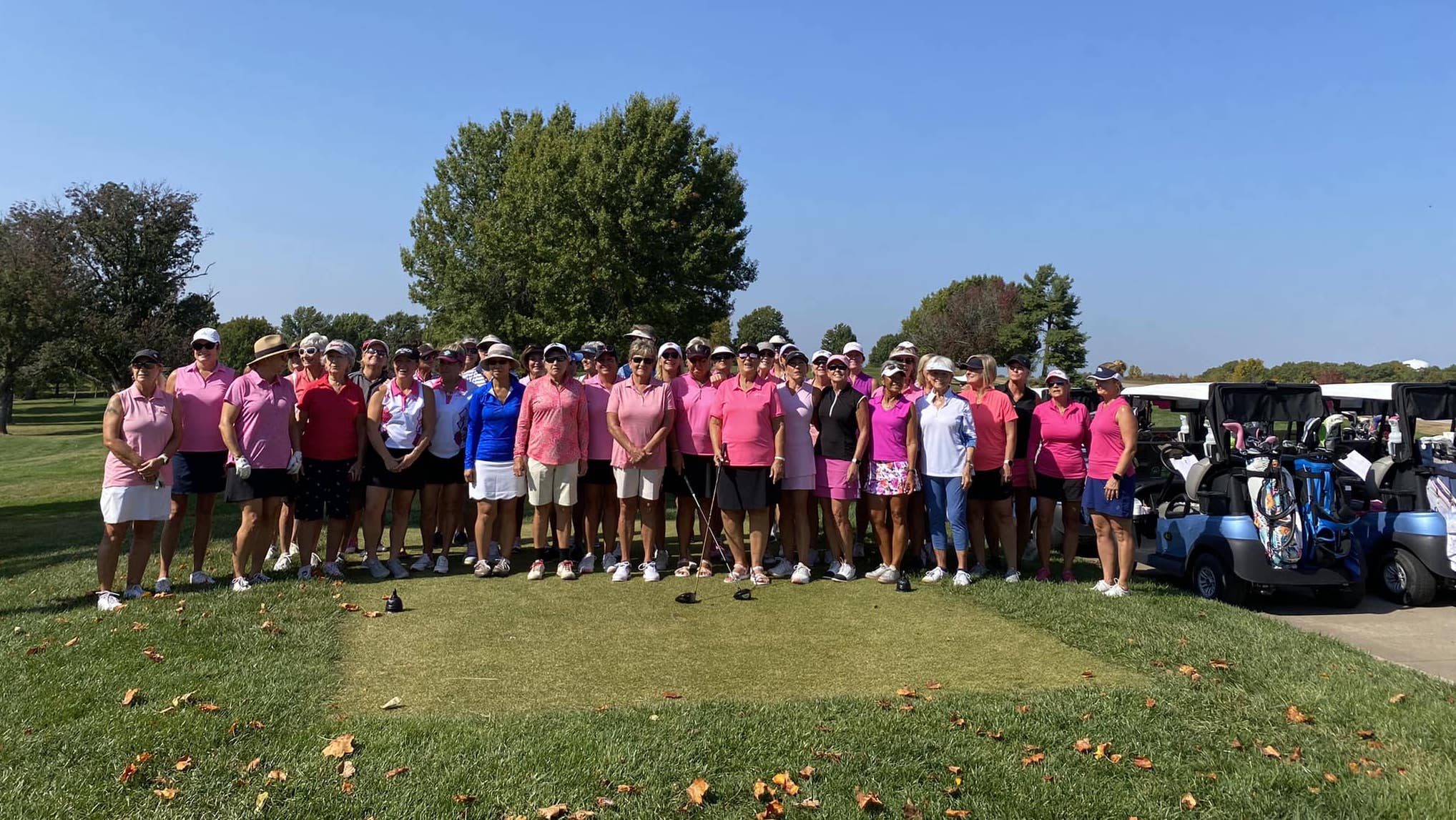 This was an 18 hole two lady scramble competition, with teams paired according to handicap index. All proceeds from the event went to a breast cancer awareness program.

Play began with a shotgun start at noon. After the round was done, teams were flighted based on results.

Competition was close throughout the round and most of the groups were clustered together within a few strokes of each other.

After the round had finished, two teams emerged as the A Flight winners, tied for first place at one under, 71: the pairs of Janis Clemens (Sedalia) & Sherry Kempton (Sedalia) and Barbara Blankenship (Jefferson City) and Deidre Parkinson (Columbia). Following them was the team of Beth Halsell (Lake Ozark) and Josette Berry (Lake Ozark), who finished with a score of one over, 73.

Congratulations to all participants in this competition, and thank you all for coming out and supporting breast cancer awareness!

For more information on the Missouri Golf Association, please contact the MGA office at mogolf@mogolf.org or (573) 636-8994.