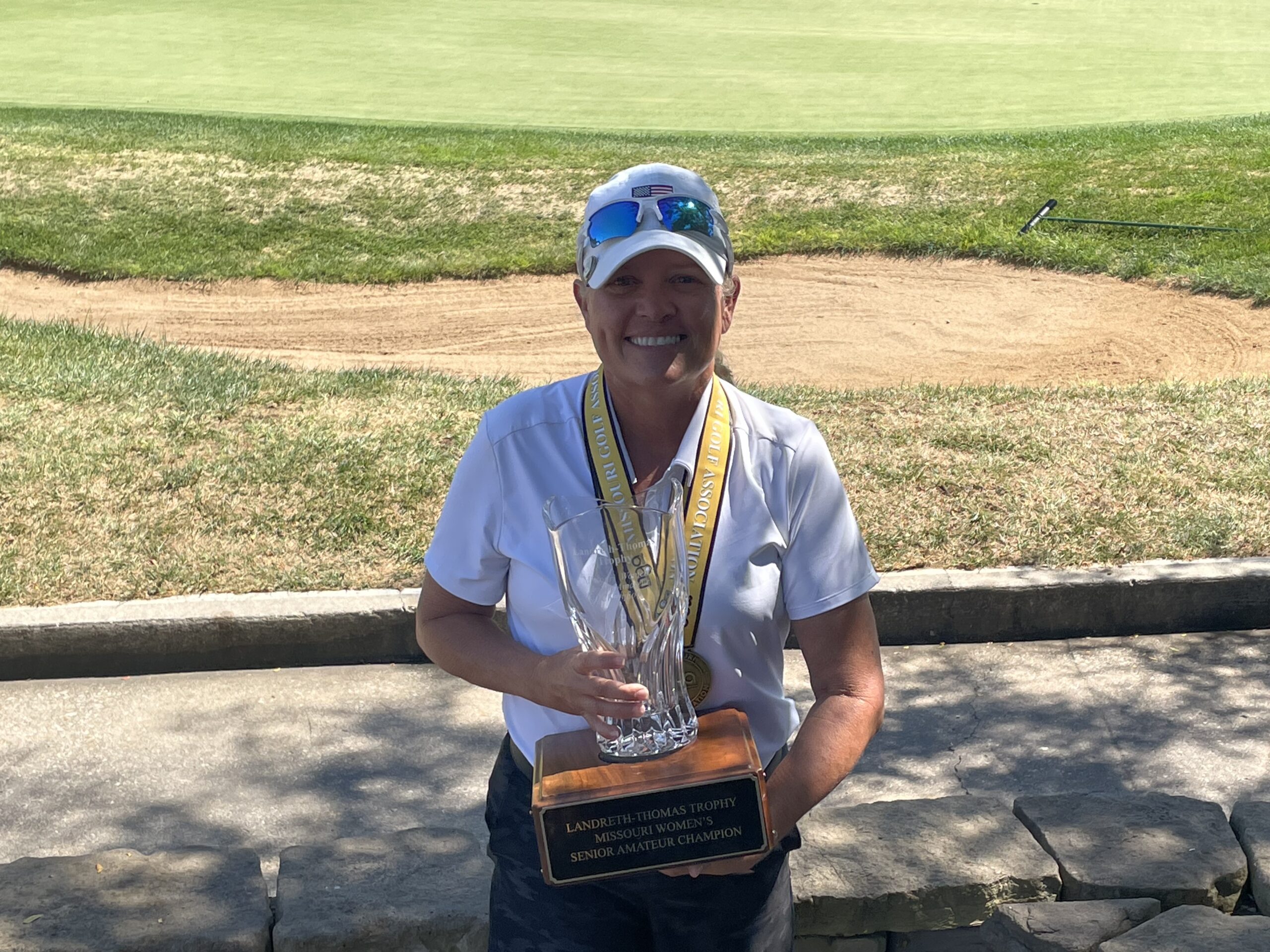 The round started with a 9 a.m. shotgun start. Glennon had a rough stretch between holes five and 14, where she shot three bogeys and a double bogey, but was able to turn things around and end the round with birdies on holes 15 and 17. In second place is Christie Blasi (Ozark), who also maintained her round one position. Blasi ended with a final score of six over, 148 (72, 76). In third is Pam Simpson (Kansas City), who had a solid second round to break into the top three; she finished at eight over, 150 (78, 72).

Winners were also named for each age division.

Congratulations to our two champions, all the runners-up, and everyone who competed!

The round started with a 9 a.m. shotgun start.

Leading the pack for the title of Senior Amateur Champion is Kathy Glennon (Wildwood) at even par, 71. Christie Blasi (Ozark) follows in second place with a score of one over, 72. And Deirdre Robertson (Iberia) rounds out the top three in third at five over, 76.

Robertson is also leading the Super Senior Division at five over, 76. In second place for this division is Barbara Blankenship (Jefferson City) at 11 over, 82. And Janis Clemens (Sedalia) is in third at 15 over, 86.

Glennon leads the 55-59 Division at even par. Pam Simpson (Kansas City) follows in second place at seven over, 78, and Donna Whittaker (Scottsdale) is in third at 13 over, 84.

There’s a tie for first in the 60-64 Division between Tina Jones (Wildwood) and Debra Sawyer (Jefferson City), who both scored six over, 77 in round one. Stephany Powell (Springfield) is in third at 11 over, 82.

Play will resume tomorrow with tee times starting at 9 a.m. After all players have finished 18 holes, the winners will be named and awards will be given at an awards luncheon.

For more information about the Women’s Senior Amateur Championship, please contact the MGA office at mogolf@mogolf.org or (573) 636-8994.