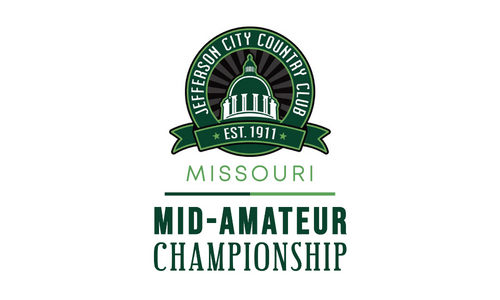 JEFFERSON CITY, Mo. – The 28th annual Mid-Amateur Championship and JCCC Memorial Tournament will be held at Jefferson City Country Club from Aug. 27-28, 2022. In total, 120 golfers from around the state will travel to Jefferson City to compete for the title.

The Mid-Amateur Championship and JCCC Memorial Tournament are 36 hole championships that will be held simultaneously at Jefferson City Country Club, with the field split between the two events. The Mid-Amateur Championship will feature male amateur golfers who have reached their 25th birthday by the first day of the tournament. There are two divisions for the JCCC Memorial Tournament: Senior (golfers 50 years old or older) and Super Senior (golfers 65 years old or older).

The weekend kicks off on Friday, Aug. 26 with a practice round, where golfers will have the opportunity to warm up and prepare for the event.

After both rounds, the winners will be determined and awarded at an awards presentation ceremony following the conclusion of play.