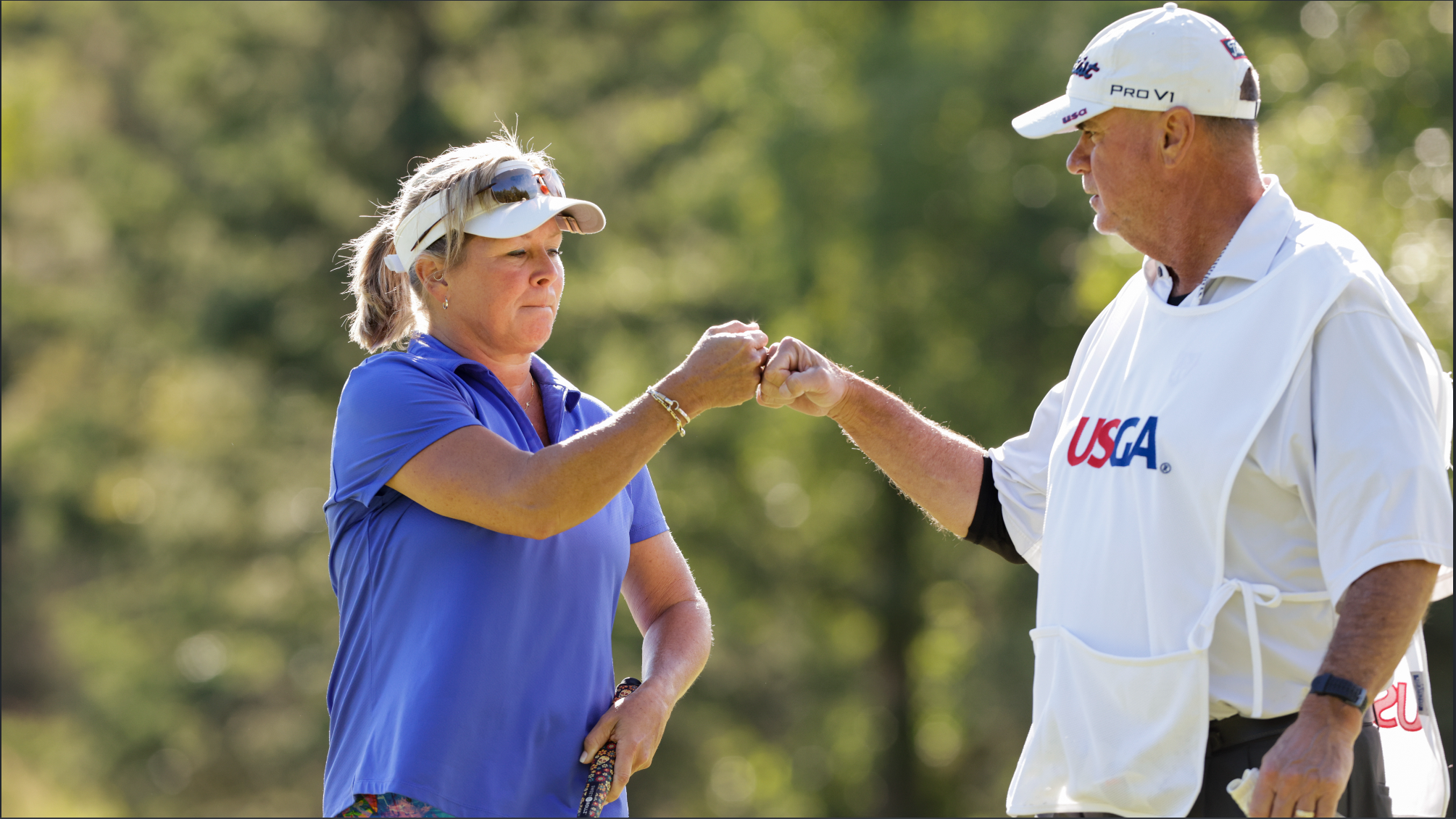 Christie Blasi (Ozark) and Ellen Port (St. Louis) competed in the U.S. Senior Women’s Amateur Championship in Anchorage, Alaska from July 30 to Aug. 4. Both women advanced far into the competition, with Blasi making it all the way to the semifinals!

In her first match play round, Port faced Marianne Towersey from Pebble Beach, California. Port won the match 5 & 3 after shooting birdies on holes 5 and 8.

Blasi went up against Jackie Little of Canada, where she narrowly won 1 up. Blasi shot three birdies in a row from holes 9 to 11 to secure her lead.

In the round of 32, Port played Sally Krueger from San Francisco. Krueger came out on top at 3 & 1, eliminating Port from the tournament.

Blasi played a close match with Kay Daniel from Covington, Louisiana in the round of 32. The match went to 19 holes, where Blasi finally took the win. Blasi aced hole 3 to establish her lead, which was a par 3 at 135 yards! She held this lead the entire match, except for ties after holes 16 and 18.

In the round of 16, Blasi had yet another close match. She played Krueger from San Francisco, who had previously eliminated Port. The lead switched back and forth throughout the match, and by hole 18, the players were tied. They faced off until hole 21, where Blasi shot three and Krueger shot 4, giving Blasi the win.

This brought Blasi to the quarterfinal round, where she had another close match with Sherry Wright from Oxnard, California. Blasi maintained the lead for the first four holes, but Wright pulled ahead on hole six and held the lead for several holes. By hole 17, the two were tied. Blasi won the match on the last hole after shooting par.

At this point, Blasi was only one of four golfers remaining out of a field of 132. She was now facing Sue Wooster of Australia, who is a two-time runner up at the Senior Women’s Amateur. The golfers spent the first two holes tied, and Blasi took the lead on hole three. She got as far ahead as 3 up on hole 5 before the players were tied again on hole 8. They spent the next few holes tied, until Wooster took over on hole 13, and maintained her lead until hole 16, where she won 3 & 2.