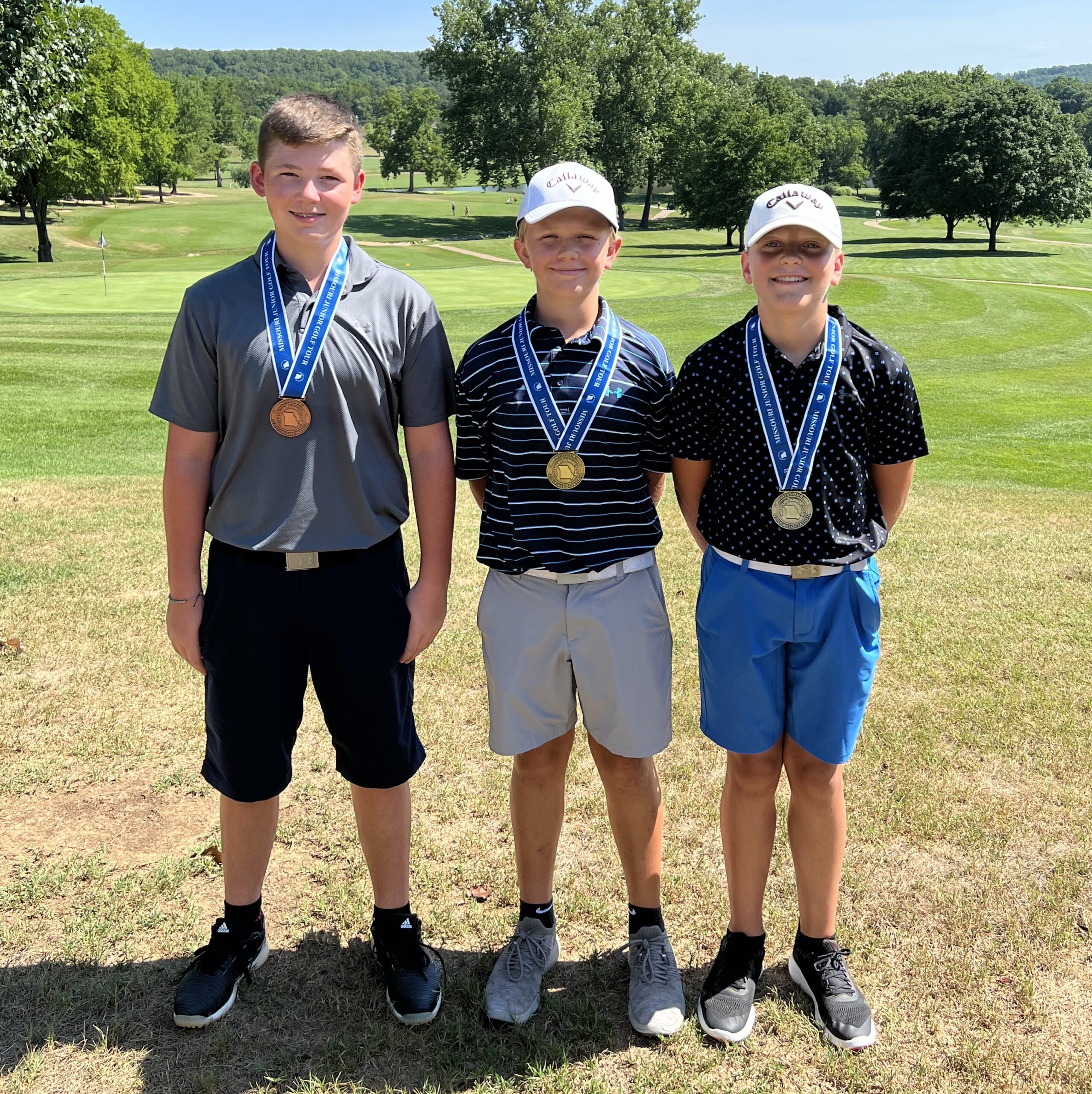 CAMDENTON, Mo. – The sixth Missouri Junior Tour event of the year was held today at Lake Valley Golf Club in Camdenton. Divided by age into flights, 87 junior golfers took to the course for a round of stroke play.

Gunnar Schuster (Osage Beach) shot 2 over par, 74, to win the 16-18 Male flight. Blake Sykes (Columbia) and Jacob Anderson (Ashland) tied for second after both shooting 4 over, 76. Sykes and Anderson competed in a chip off tiebreaker, with Sykes taking second place and Anderson taking third.

Camryn Swinfard (Jefferson City) was the winner of the 16-18 Female flight after shooting 6 over, 78. Sophie Hinds (Jefferson City) came in second at 8 over, 80. ReaLee Smith (Centralia) and Zoey Lang (Boonville) tied for third place at 14 over, 86. Lang won the chip-off and took third place.

Eli Cummings (Eldon) and Cooper Toalson (Eldon) both shot 3 over, 75, to tie for first in the 12-13 Male 18 hole flight. Toalson won the chip off and took home first place, with Cummings taking second. Henry Sobaski (Fairfax) finished in third with a score of 4 over, 76.

Blaine Munzlinger (Columbia) came out on top of the 10-11 Male flight after shooting 6 over, 42. Grayson Atteberry (Jefferson City) and Graham Henley (Eldon) tied for second at 9 over, 45. A chip off was held and Henley took home second place, with Atteberry finishing in third.

Hunter Brown (Washington) was the winner of the 8-9 Male division with a score of 10 over, 46. Second place goes to Mark McGrath (Camdenton) after shooting 20 over, 56. Finally, Cameron Banie (Erie) took home third place with a score of 22 over, 58.

The next Missouri Junior Tour event will be held at A.L. Gustin Golf Course in Columbia on July 14. For more information on upcoming MJT events or other MGA tournaments, visit www.mogolf.org